In 2015, Apple fans finally have a premium laptop that emphasises portability, but still has the computing power of a full-size Mac. The new Apple MacBook MJY42LL/A is a prime candidate to fill that gap, since it weighs just under 2 pounds, but packs a bright 12-inch Retina Display and a power-efficient, yet capable Intel Core M processor. It is one of the most desirable Mac laptops yet, but you will have to make some sacrifices if you get one, including having to do without a lot of connectivity options, save the USB-C port, and getting used to the new keyboard and the Force Touch trackpad.

For the first time in an aluminum Apple laptop, we are seeing a MacBook available in a choice of finishes: silver, gold, or space gray, like our review unit. The finishes match the hues of the latest Apple iPad Air 2 and iPhone 6, a boon if you’re into color matching. Just like in the Apple iPad, the new laptop has an opaque Apple logo, instead of the backlit white Apple seen on the latest Apple MacBook Air and MacBook Pro models.

This MacBook is all about portability, and the latest version is really slim and streamlined. Measuring 0.52 by 11 by 7.75 inches (HWD), and weighing in at 1.98 pounds, it’s a featherweight, compared with the newest 13-inch MacBook Pro, which is relatively heavy at 3.41 pounds. The MacBook fits easily in backpacks and shoulder bags made for 10-inch tablets or 13-inch ultrabooks. Placing the MacBook on top of the Microsoft Surface Pro 3, you’ll notice that its visibly shorter and narrower, though the latter is thinner once its Type Cover is removed.

The new keyboard features what Apple calls butterfly switches (as opposed to the scissor switches on traditional laptop keyboards). It’s not as bouncy or forgiving as a standard keyboard, but it’s certainly very solid. The keycaps and spacing are full size, and thanks to the slightly concave keys, it’s more comfortable to use than the Surface Pro 3’s Type Cover, and certainly quicker to type on than the membrane keyboard of the Dell XPS 11.

The latest Apple MacBook has a 12-inch In-Plane Switching (IPS) Retina Display with a 16:10 screen aspect ratio, and an odd 2,304-by-1,440 resolution. Though physically smaller, the screen has a much higher resolution than the one on the 2014 13-inch Apple MacBook Air (1,440 by 900). This means that you can view native 1,920-by-1,080 HD videos and large webpage layouts, and easily read full-page spreadsheets at 75-percent zoom.

UI elements like icons, the menu bar, and window titles scale to a virtual 1,440-by-900, 1,280-by-800, or 1,024-by-600 resolution, so you’re not squinting with tiny text. The MacBook certainly has a beautiful display, but if you’re looking for ultimate screen resolution, competitors like the Newest Dell XPS 13 Touch and the Lenovo Yoga 3 Pro both pack even more pixels into their 3,200-by-1,800-resolution, 13.3-inch displays.

A deal breaker for some: The sole USB-C port replaces the MagSafe 2 connector on older MacBooks and contributes to the laptop’s svelte design. But it also means that you’ll have to make sure you have an ample battery charge before trading the AC adapter for a USB-C hard drive or memory stick. The only other physical port is a 3.5mm headset jack on the opposite side of the laptop. Naysayers will point out that the thinner Microsoft Surface Pro 3 has room for a full-size USB port, but remember that tablets don’t have to open up like clamshell laptops.

The MacBook’s space for ports is actually only a few millimeters thick.USB-C is an industry-wide standard that is likely to see better acceptance than Thunderbolt on future desktops and laptops. Still, so far, the only other laptop I’ve tested with USB-C is the Google Chromebook Pixel. The Pixel packs two USB-C ports, as well as two traditional USB ports and a SD card reader. Granted, it’s thicker (0.6 inches) and heavier (3.3 pounds). However, the big drawback is that while USB-C is compatible with DisplayPort, HDMI, USB 3.0, and VGA adapters, it’s not compatible with Thunderbolt.

Inside, there’s an Intel Core M-5Y31 processor with integrated Intel HD Graphics 5300, which contributes to the MacBook’s svelte profile. The Core M processor is cooled without a fan, allowing the rest of the chassis to be filled with more battery packs. As we continue to review more Core-M-equipped laptops and tablets, we see that they perform almost, but not quite as fast as, Intel Core i5-powered systems. The system has 8GB of memory and a 256GB Flash Storage module (analogous to a solid-state drive or SSD).

It’s certainly enough space to keep a bunch of applications and video files locally, though a multi-gigabyte iTunes library will fill that up quickly. Users who need more storage will want the higher model with 512GB Flash Storage and a slightly faster Intel Core M processor. The MacBook’s flash storage, memory, and CPU aren’t upgradable after purchase, so make your choice based on your needs over the next few years.

The Intel Core M-5Y31’s low clock rate boosts the MacBook’s battery life, which was 14 hours 10 minutes on our rundown test. That’s exactly three more hours than the 13-inch Apple MacBook Pro, and an hour and change less than the same-size MacBook Air. OS X Yosemite is on board and incorporates iMovie, iTunes, Keynote, Numbers, Pages, and 5GB of lifetime iCloud storage.

Admittedly, that’s a bit stingy, especially when you consider the Google Pixel and its 1TB of included cloud storage for three years. Currently, you’d pay $19.99 per month for 1TB of iCloud storage. The MacBook comes with a one-year warranty and 90 days of phone tech support.The speakers are located in between the keyboard and the screen hinge, and they sound great.

The newest Apple MacBook MJY42LL/A is certainly an excellent choice if you travel frequently and want to run desktop apps instead of settling for mobile versions. It’s lighter and much slimmer than the latest Apple MacBook Pro 13-inch (2015), and its battery lasts longer. However, the latter holds on as our Editors’ Choice high-end ultraportable laptop because at the same price as the 12-inch MacBook, it is still faster at most tasks, and it has much more versatile connectivity options.

That said, the new MacBook is still one of the slimmest and most powerful ultraportables I have ever tested and reviewed, and it is still worth a long look as you shop around for a slim and powerful MacBook. 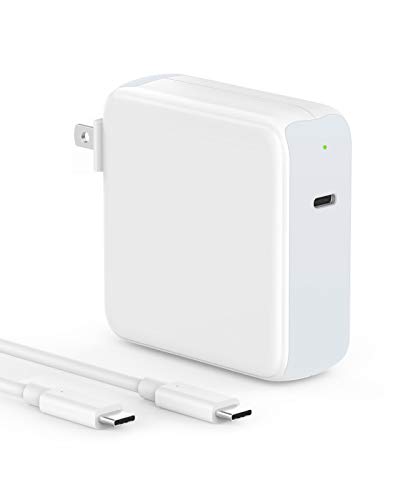