The ASUS F556UA-AS54 is a desktop-replacement laptop that offers an irresistible mix of form and function affordably. The chassis is sturdy and well made, just like the Asus ZenBook line, and the system boasts a full HD non-touch screen, plenty of connectivity ports, and good battery life. Its direct competitor, the HP 15-ay013nr, has the same specifications, save for a larger 256GB SSD in the Asus AS54 as compared to the HP 15’s 128GB SSD.

The ASUS F556UA-AS54 stays close, if not better, than both the HP 15-ay013nr and the HP 15-ay011nr in terms of performance despite the storage difference. For that, it’s easy to recommend as a more-reliable alternative thanks to a premium construction and decent performance.

The ASUS F556UA-AS54 is a nice-looking, attractive system with a slim profile that makes it quite portable even in a mid-size backpack. It spots a timeless icicle-gold metallic frame that gives it a luxurious appeal. The laptop measures 2.6 by 20.1 by 11.8 inches (HWD) and weighs just 5.1 pounds. The metallic construction gives a bit of a heft, but the result is a solid and sturdy system, which we somehow expected.

Other laptops in the same category opt for thin designs to keep the systems light and slim as possible, while ultraportables are even slender, but the build quality can sometimes suffer as a result. For instance, the HP 15-ay013nr and the HP 15-ay011nr which bear almost the same specifications measure 0.95 by 15.12 by 10.02 inches (HWD), and are actually a little thinner and lighter at just over four pounds (4.73 pounds).

On the ASUS F556UA-AS54 you have a decent array of ports. Here we’re talking of three types of USB ports: one USB 2.0 port, one USB 3.0 port and the latest Type-C port, which was conspicuously missing in the competing HP 15-ay013nr or even its other iteration the HP 15-Ay011nr. If you need to connect it to your external display, a VGA and HDMI output comes handy, while 802.11 AC-type WiFi+Bluetooth 4.1 card will sort your wireless needs. For media, a DVD burner and an SD card reader are available to access your older movies and files.

Powering the ASUS F556UA-AS54 are a sixth-generation (Skylake), 2.3GHz Intel Core i5 6200U processor (with Turbo up to 2.8GHz), 8GB of memory and integrated Intel HD 520 graphics. Unlike, our Editors’ Choice the Acer Aspire E5-573G-57HR, that comes with a dedicated Nvidia GeForce 940M graphics card with 2GB of video memory, the performance is still snappy since you won’t be running heavy games on the Asus AS54.

For the day-to-day notebook user, a sixth-generation (Skylake) processor with a CPU benchmark CPU benchmark score of 3,900 is more than enough for enthusiast-level media editing on Photoshop among other programs. Apparently, 8GB (seemingly upgradable, swapped it with a pair of 4GB and 8GB to get 12GB) will let you keep dozens of browser tabs open simultaneously. The 256GB solid-state-drive (SSD) is double the 128GB on the HP 15-ay013nr, while the HP 15-ay011nr comes with a roomier 1TB hard drive. While the 256GB SSD makes the system snappier, the 1TB is ideal if you like to store most family snapshots and music files.

The integrated Intel HD 520 graphics card, is typical for the entry-level desktop replacement, and it doesn’t provide much room for heavy gaming. The ASUS F556UA-AS54 managed 30FPS on GTA at low settings (1366-by-768), but you can expect better playability on casual games such as Starcraft 2, Minecraft and League of Legends among other lighter titles. If you need to play some recent game titles but on a budget, the Dell Inspiron I7559-763BLK offers smooth playability and good frames per second (FPS) scores even on modern game titles.

That said, the ASUS AS54 still allows you to play some casual games, only at low eye-candy of which you need to pay slightly more to get a dedicated gaming rig such as the ASUS ROG GL552VW-DH71, our top pick for entry-level gaming laptops. The system comes pre-installed with Windows 10 Home (64-bit) which is quite standard for most recent laptops in the same category, lately.

The ASUS F556UA-AS54’s 38 polymer battery (not-replaceable) lasted 6 hour 29 minutes in our rundown test, which is commendable, given its FHD display. The HP 15-ay013nr stayed slightly behind with 5 hours 37 minutes, while the Dell Inspiron I7559-763BLK topped the list with an amazing 7 hours 16 minutes on our tests.

The ASUS F556UA-AS54 is an attractive, well-made system with a nice display and solid performance scores. The icicle-gold metallic frame gives it a sturdy, premium feel of a high quality system. The Apple MacBook Air 13-inch means requires that you dig deeper into your wallet, but it remains our Editors’ Choice for midrange ultraportable laptop, as the additional bucks nets you clear-cut Advantages Like stable performance and unmatched battery life.

That said, the ASUS AS54 is a worthy contender against the HP 15-ay013nr as it offers double the storage and better connectivity, while the HP 15-ay011nr has the same features only that it comes with a roomier 1TB storage. Put side-by-side with its immediate competitors, the ASUS F556UA-AS54 eschews them in both design and performance. Thus, it is a recommendable choice for users looking for an affordable, yet powerful, laptop for day-to-day use. 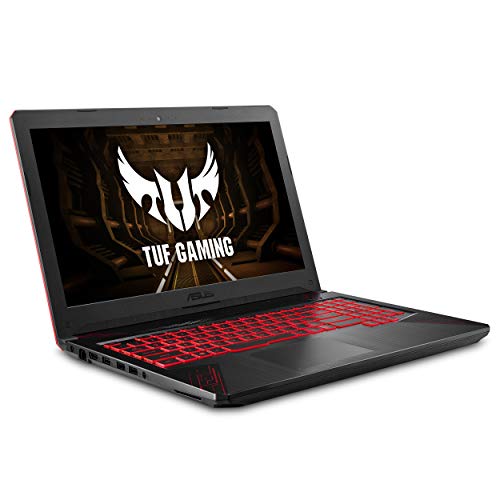