The Dell Inspiron i5481-3595GRY 2-in-1, otherwise called the Inspiron 14, is a convertible laptop that’s priced competitively with full-featured Windows 10-based 2-in-1s. Its price is slightly below what you’d commonly spend on a convertible notebook, like our Editors’ Choice Lenovo Flex 14, but it does get a lean feature set as well. It boasts an Intel Core i3 processor, 4GB memory and 128GB SSD, and a 720p resolution screen. That’s a modest configuration, but it will suffice for anyone looking for an affordable, 2-in-1 laptop that can be easily carried around on daily commute.

The Inspiron 14 has a 2-in-1 convertible hybrid design, meaning the screen can be flipped around and used in: Tablet mode as a handheld; Stand mode with the keyboard facing down; and, Tent mode with the hinge up while the keyboard is facing away from you. In all these three modes, the touch screen is placed in the front and center, so you can seamlessly interact with Windows 10 or watch your videos easily.

The remaining Laptop mode lets you use the Inspiron as a traditional laptop, with the functionality of a typical clamshell notebook PC. The system’s body, top lid, bottom lid and keyboard deck are finished in a dark gray, while the glossy screen has a black bezel beneath the glass surface.

Upon opening the lid, there’s a bright 14-inch narrow-border HD (1,366 x 768) touch display that’s easy on the eyes. It has tiny bezels, an approach used by Dell to pack a larger display into a smaller case. In doing that, you have a larger screen fitted on a small case, without comprising the quality of the screen. The touch display responds well to taps and swipes are captured smoothly.

However, a 1080p resolution would have been better, particularly if you need better image quality, but it’s one of the sacrifices you have to do with in order to enjoy a low price. If you’re shopping on a tight budget, a 720p screen is still fine if all you do is primarily stream videos from YouTube, Hulu, and Netflix. With an HD screen, you don’t benefit from extra pixels that give better fidelity for watching 1080p movies, more screen area for viewing web pages, easy editing of PowerPoint presentation layout, or working on Excel spreadsheets.

An easily accessible keyboard is perhaps the main reasons you’d prefer a 2-in-1 convertible laptop over a detachable or slate tablet, and the Inspiron i5481-3595GRY has a really good one. The keyboard is easy to type on, and its one-piece touchpad is wide enough and well proportioned, with support for multi gestures. This gives it an edge over using a traditional mouse for anyone considering it over the touch screen.

On the Inspiron 14, connectivity is varied, but with a couple of caveats. There is a headphone jack, a HDMI port, one USB 2.0 port, two USB 3.0 port and an SD card reader. It doesn’t have a USB-C, which is now pretty standard among entry-level systems, the same way it skips a LAN port for wired connectivity. It supports dual-band 802.11ac Wi-Fi and Bluetooth 4.2 for wireless connections.

The Dell Inspiron i5481-3595GRY we’re reviewing is powered by an 8th Generation Intel Core i3-8145U processor, a low-end CPU designed for budget notebooks and Chromebooks. Again, it pairs 4GB RAM and 128 SSD storage. While this configuration can’t keep up with the Lenovo Flex 14’s performance, it still does a nice on day-to-day computing tasks.  It is possible to open the case and upgrade/swap the components yourself, but it more preferable to upgrade the memory and storage as you purchase the laptop.

As with most convertibles, integrated Intel 620 graphics cards don’t make it a great choice for gaming or graphics-intensive apps.

As configured, you can run a couple of processes including Microsoft Office Word tasks, execute spreadsheets and run YouTube videos without slowing down the machine. In fact, you can even have multiple tabs open on Chrome without hiccups. The integrated graphics card won’t allow you play modern titles in native resolution but works well if you go casual.

Just about the only (almost) disappointing aspect of the Inspiron 14 is battery, in addition to a low-res screen. Dell promises up to 7 hours 30 minutes, which isn’t bad as you expect almost an hour short of that on daily use. Granted, the Inspiron 14 is a 2-in-1 laptop, it suggests less than all day battery which would be nice to have since the laptop will be always used on the go, maybe in the office or over cross-country flights.

The Dell Inspiron i5481-3595GRY is a pendulum swing between price and performance, meaning you’ll have to decide on what you really want in a 2-in-1 laptop. On one hand, its price undercuts most of its competitors, but on the other, the sacrifices made to reach that price feel a little overwhelming.

For instance, it gets a low-res 720p display that can’t compete with the 1080p resolutions you’d find on Chromebooks and Windows 10 notebooks at this price point. Apart from the display, its feature set is as good as that found on similarly price PCs, so it boils down to whether you actively prefer to work with a 2-in-1 convertible design.

Now that Chrome OS runs Androids apps from Google Play Store, the practicality gap between it and Windows 10 is narrower than ever meaning you can consider something like the premium ASUS Chromebook C425. If your budget allows, the Lenovo Flex 14 2-in-1 offers better value, is more powerful, has more RAM and storage, offer a high-res screen and included a stylus pen. It remains our Editors’ Choice for entry-level 2-in-1 convertible laptops. 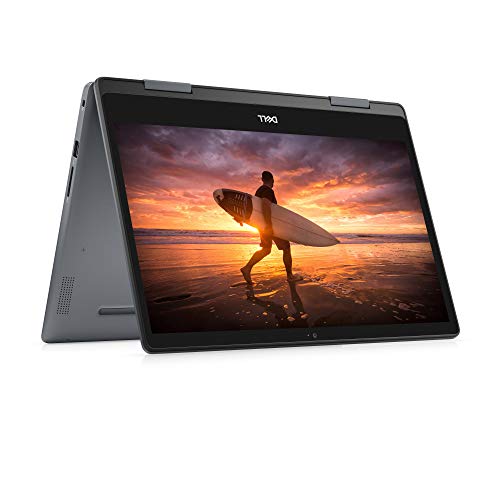